Joyce Warren is a profesional Scarecrow Artists. She gives classes on making Scarecrows both at Workshops and at Events. She has a DVD "Making Barnie" which walks you through making a traditional Scarecrow. She also makes FlowerPot Scarecrows(Smaller decorative scarecrows for indoors) which you can order of this site. Joyce also makes Lookalike Scarecrows both of famous Celebrities or of you or the person of your choice. All Joyce will need is a qood quality photo. Contact her for more details. Click here to visit Regent's Pad a scarecrow blog Introducing Regent, and what his life is about. 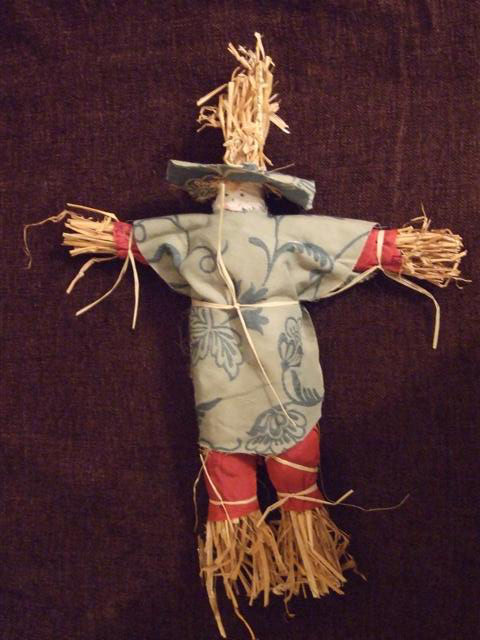 Own a hand made Scarecrow like this. The Scarecrow is 41cm tall and has an arm span from finger to finger of 36cm. Click on the image to see it bigger. Payment can be made via paypal it costs £9.99 inc pp

If you want the dvd delivered else where but the UK please email scarecrowland@yahoo.com for details 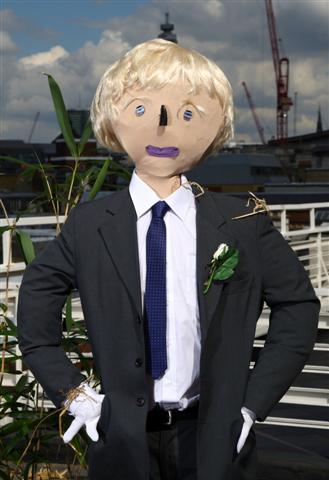 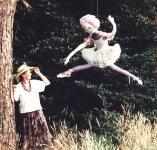 The Scarecrow is one of the most familiar figures of the rural landscape not only in the United Kingdom but throughout Europe and many other countries of the world. His ragged figure has been recorded in rural history for centuries. His image has proved irresistible to writers from William Shakespeare to Walter de la Mare as well as to film makers since the dawn of the silent movie. Yet, despite all his fame, the origins and the development of the scarecrow have remained obscurred in mystery. The above is from the cover of Scarecrow Fact and Fable, Author Peter Haining, Published in 1986 by Robert Hale. Earliest known written fact about scarecrow's written in 1592.Definition of a scarecrow - That which frightens or is intended to frighten without doing physical harm.Literally that which - scares away crows, hence the name scarecrow.

Decline is due to the change of farming technology started with the industrial revolution. The hectic life of the farmer means that he doesn't have time to even feel the earth or walk it. He sits in his combination machine i.e J.C.B. He is protected against the elements and maybe listening to music. He is high off the ground and the earth and its magical properties are lost in a kind of factory floor.The hedges have gone to make larger areas. Lots of wild life has gone but somehow "The Crow" survives. The farmer of old would once a year sow his land by hand after the land had been lovingly prepared and tended. Now this is all done by machine. The farmer used to discard his old clothes and create a friendly chap and put him to guard his crops. He worked and still does. Farmers of today barely make a Scarecrow. On talking to them young and old still have a love of them. They try electronic ones and pop up balloon types. They are still trying to find an answer! The birds soon get wise to these. I believe if the Scarecrow is going to do his job he has to have a mystical feel about him.
Twelve years ago I made a statement,"What this place is missing is a Scarecrow" and since then I have developed it into an art form. Alas, a farmer rarely attends to this. But when he does, he is delighted. Also in the past they used boys or old men to add a "clapper clapper". This meant that the old kept in touch with life and the young were kept busy. In Peter Haining's book he tried to find the origins of the Scarecrow. It was a human sacrifice. Divine in Pagan times. Hence the use of the Crucifix. The crop had to be germinated to grow and for life to continue. It was a baker's old pole with cloth. As used in an old large brick oven to take out the bread. When it was old it would be put to use in the field, drapped in clothes. These two origins are the ones I like but no one really knows the true origin of the Scarecrow. The Scarecrow also has different names all over the United Kingdom. Jack A Lent - from the "Merry Wives Of Windsor" 1597.
Mommet - Somerset.
Murmet - Devon.
Mammet - Yorkshire, Lancashire.
Hodmedod - with hat and stick. Berkshire, Isle of Wight.
Tattie Bogies - Potato Fields.
Tattie Bouie
Mawhini - Suffolk, Norfolk, East Anglia. 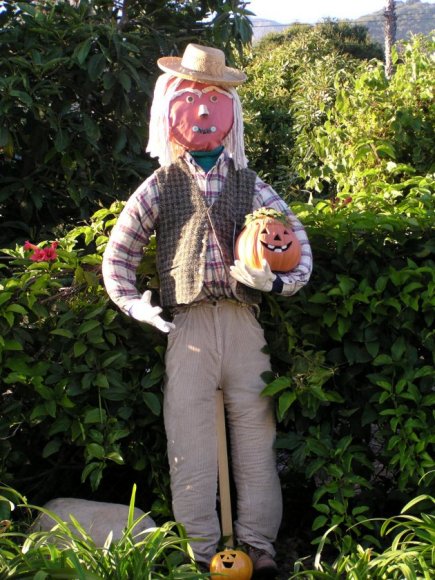 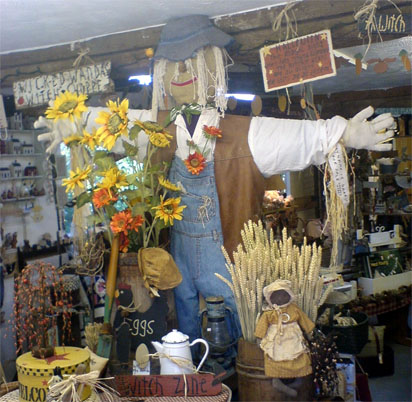